Battery as a Service (BaaS) is the latest in a series of buzzwords surrounding the hype of electric vehicles (EVs) and the future of battery tech. While EV battery chemistries and recharging technologies, as well as battery pack designs and aligned services, rush to become at par with conventional refueling time and cost, battery swapping offers a unique solution – a fresh, fully-charged battery within minutes.

And, all you need to do is drive your EV to the closest battery swapping station, where automated processes take over. So, what’s the catch? How soon will you be able to go to a battery swap station?

And what is the scope of opportunities in this space? 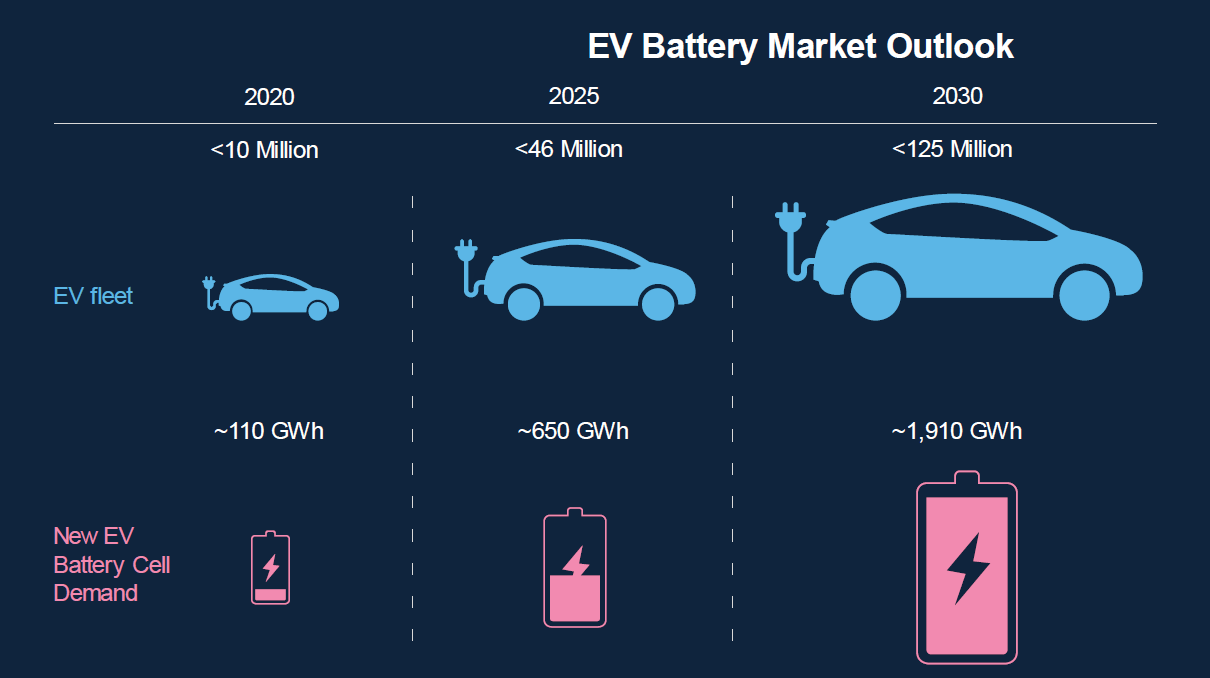 Demand Outlook: A joint report by TÜV SÜD and Siemens states that global battery demand is expected to grow by 25% annually to cross 2,600 GWh in 2030. The main demand drivers are forecasted to be the electrification of transportation and the deployment of batteries for energy storage.

Passenger cars will account for the largest share (60%) of global battery demand, followed by the commercial vehicle segment with 23%, estimates Waygate Technology, a Baker Hughes Company.
China will continue to dominate the battery market demand to adhere to ever-tightening regulatory emission requirements.
Overall, the Li-ion battery market has the potential to grow to $116 billion per year by 2030 from $41 billion in 2021, states a MarketsandMarkets report.
Source: Evalueserve Insights TÜV SÜD, Siemens, Waygate Technology, MarketsandMarkets

$852.6 million projected size of the battery swapping market in 2030

3-5 minutes an EV battery at a battery-swap station

What works and what doesn’t?

+ Unlike DC fast charging, battery swapping does not quickly deteriorate the health and life of the battery pack. Constant fast charging can affect how long a battery pack lasts, but how much of a difference in battery health it makes over time remains to be studied in depth.

- When battery swapping was initially introduced to the market by the likes of Tesla and Better Place, it did not catch the fancy of EV owners. Buyer sentiment towards the adoption of battery swapping is still not entirely enthusiastic across the board.

+ Battery swapping is successfully being carried out in population-dense regions of APAC, with China in the lead with around 550 swap stations already and a strong consideration for the same in other neighboring regions, including India, initially for electric two-wheelers and three-wheelers. 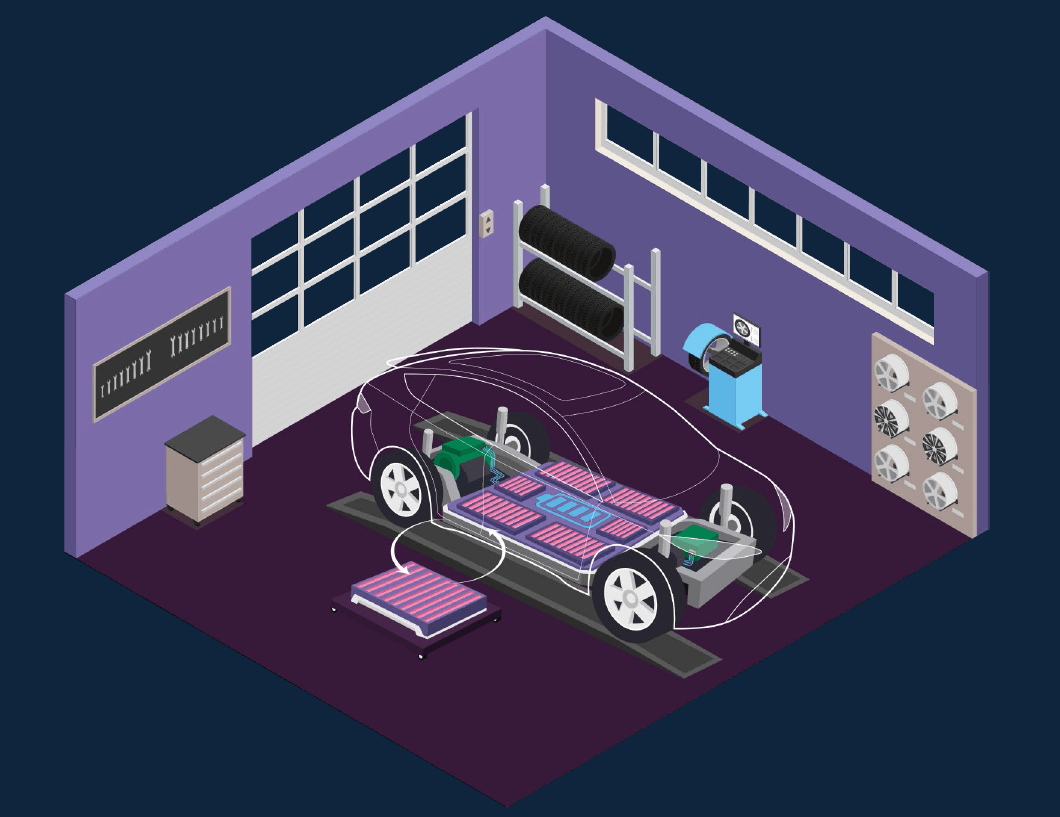 - The swapping system scenario entails a standardization of battery packs across large vehicle ranges to become feasible. This may be a challenge at present when manufacturers are holding their battery pack design secrets so close to their chest. Whether all manufacturers are willing to come together and accept a single or a few types of battery packs to make them swappable is difficult to imagine at a time when they can’t reach a consensus on charging technology and plug types.

+ The battery swap takes care of two major inhibitors to EV adoption – cost and recharge time. Swapping within 3 to 5 minutes is already possible as demonstrated by Chinese EV manufacturer NIO at one of its Power Swap Stations. With around 300 of its swap stations already working across China, NIO aims to have 4,000 stations by 2025, of which 1,000 are planned outside China.

- To rival the pace of the swap stations development, Tesla Inc. has already installed around 850 fast-charging stations for its Tesla EVs in China. Some automakers like Tesla are doubling down on the use of faster-charging methods to rival the uptake of battery swapping.

+ Battery swapping particularly makes sense for fleet-operated vehicles such as cabs and short-haul trucks, which need to function round the clock, making each minute of break time crucial to their efficiency. Swapping can cut the 30 to 60 minutes (or more) of recharging breaks needed in such scenarios.

- During previous runs of battery swapping tech, the high cost, need for high automation, and high inventory of charged batteries have all been inhibitors for manufacturers to adopt this technology as it involves higher cost input on their part.

+ In regular recharging EVs, the cost of the battery is borne by the buyer, and the onus to replace the battery pack at the end of lifecycle is upon the EV owner if they wish to retain their EV. However, with the BaaS option that NIO and others are offering, the maintenance, health, and cost of the battery ownership fall on the company offering the service, and EV buyers simply pay for the usage based on their requirements.

- Most battery swap stations can only tend to one EV at a time, which might cut into the time savings on offer.

- The rapid pace of EV battery recharging tech as well as hybrid chemistries means that a lot of investment is focused on their development. In such a scenario, it seems unlikely that EV makers or battery producers would want to look at an option that negates the growth potential of their batteries.

Calling the future on battery swapping can be a tough one. The interests of most major automobile manufacturers currently work against it. The battery-as-a-service (BaaS) idea driving newer EV makers as well as industry players such as SUN Mobility and Ample is worth a look for operators of large vehicle fleets wherein the vehicle type and its battery pack can be standardized to meet the ideal use case for battery swapping and save precious time for a fleet driver.

Battery swapping can increase fleet utilization, improve logistics delivery timelines, and save time for emergency and utility services vehicles, where waiting any number of minutes can mean the difference between life and death. In another corner of the automobile space, exotic and race car builder Lotus has recently shown interest in hot-swapping technology for batteries with an eye on future endurance-based motorsport events such as the 24 Hours of Le Mans. Conventionally fuelled race cars can go through fuel refills every 45 minutes to an hour at such events.

Within the grand vision of an electric future for mobility aimed at mitigating climate change through decarbonization, battery swapping can certainly find its fair share of niches, even if it doesn’t become a mainstay. And within these niches, battery swapping already has an upper hand, while those betting on the favorite are still trying to catch up.