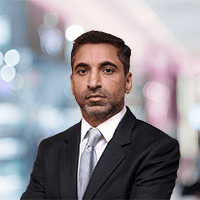 Nand Gangwani is Evalueserve’s chief operating officer (COO), a position he has held since March 2016. He has also served as the company’s Chief Financial Office (CFO) for over a decade. Before joining Evalueserve, he was the CFO at Napster and at Roxio. Mr. Gangwani holds a bachelor’s degree in technology from the Indian Institute of Technology in Delhi and a master’s degree in business administration from Bentley College in Boston.